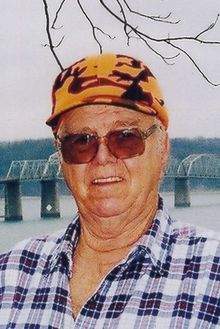 Mr. Willis Pritchett, age 84, of Almo, Kentucky, died Wednesday, January 18, 2017 at the Murray Calloway County Hospital.
Mr. Pritchett was born in Calloway County, Kentucky on February 17, 1932 to the late Wavel Pritchett and Fairy Phillips Pritchett. Before retiring Mr.Pritchett worked at Tappan Manufacturing and worked in the construction business. Mr. Pritchett was a member of the Dexter Church of Christ and the Woodman of the World. He attended and was active in the Murray-Calloway County Senior Citizens.
In addition to his parents Mr. Pritchett was preceded in death by one son, Kevin Pritchett; one brother, James Pritchett; one brother-in-law, Bobby Ford; five half-brothers; and three half-sisters.
Mr. Pritchett is survived by his wife Cora Pritchett of Almo, Kentucky, to whom he married on February 19, 1952 in Corinth, Mississippi; two sons, Roger Pritchett of Almo, Kentucky and Anthony Pritchett of Rialto, California; two sisters, Irene Dillon and husband John of Dexter, Kentucky and Peggy Ford of Dexter, Kentucky; sister-in-law, June Pritchett of Dexter, Kentucky; two grandchildren, Valerie Pritchett and Kristie Pritchett both of California.
Funeral services will be held on Monday, January 23, 2017 at 2:00 p.m. at the J.H. Churchill Funeral Home with Dan Sikes officiating. Burial will follow in the Murray Memorial Gardens. Visitation will be held on Sunday, January 22, 2017 from 4:00 p.m. - 8:00 p.m. at the funeral home.
Online condolences can be made at, www.thejhchurchillfuneralhome.com