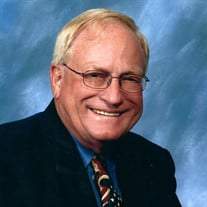 William R. (Bill) Young, age 79 of Kuttawa, died at 4:23 am Saturday September 11, 2021 at his home in Kuttawa after an extended illness. He was a member of Eddyville United Methodist Church, Joppa Masonic Lodge #167 and the American Legion Post #68 in Kuttawa. He was a US Army Veteran of the Armored Division serving in Korea during the Vietnam Era. He was born in Murray, KY, graduated from Murray High School in 1959, Murray State University in 1963. While attending Murray State he was a member of Sigma Chi and held several student government positions and graduated from the University of Kentucky Law School in 1966 and began law practice in Eddyville, KY in 1970. He continued his law practice for 47 years and during that time served as County Attorney in Lyon County for 25 years, served as attorney for the city of Eddyville and then as attorney for the city of Kuttawa. Mr. Young was instrumental in bringing Mineral Mound State Park to Lyon County during the Julian Carroll administration.
He was preceded in death by one brother Robert T. Young, one niece Amy Elizabeth Young and one nephew Richard Neal Young. His parents were Robert and Janie Wilson Young. Survivors include one daughter Paige Sims of Kuttawa, one granddaughter Madelyn Sims of Murray, KY, one brother Dr. Burton Young and wife Cathy of Murray and one sister Jane M. Barnett of Murray, KY and several nieces and nephews. Funeral services will be held at 1:00 pm Tuesday, September 14, 2021 at Dunn's Funeral Home in Eddyville with Rev. Steve McVay officiating. Visitation will be from 11:00 am until funeral time on Tuesday at Dunn's. A time of reflection and remembrance will begin at 4:00 pm Tuesday, September 14, 2021 at Murray Memorial Gardens and conclude with the graveside service at 4:30 pm.