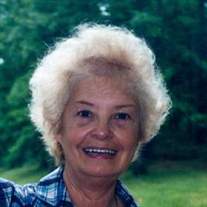 Mrs. Tucker was born in Marshall County on December 12, 1934 to the late Prentice and Martha Attebury Ross. She was a receptionist at the Murray Women's Clinic and was of the Baptist faith.

In addition to her parents, Mrs. Tucker was preceded in death by a brother, Bill Ross and a sister, Ruth Lucas.

A graveside service is set for 2 PM Friday, June 10, 2016 at Murray Memorial Garden.

Imes Funeral Home and Crematory, downtown Murray is in charge of arrangements.


To send flowers or a memorial gift to the family of Mrs Virginia Tucker please visit our Sympathy Store.