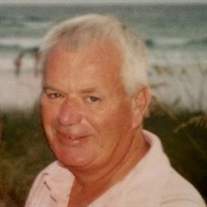 He was preceded in death by his father, Jim Latimer; mother, Frankie Starks; brother, Johnny Latimer and a son, Thomas Scott Latimer.

The family will receive friends from 4-9 PM, Thursday, February 18, 2016 at the Heritage Chapel of Imes Funeral Home, 121 Bypass, Murray.