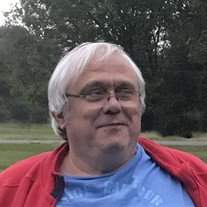 Terry was born on October 9, 1958 in Murray to Rexie "O.T." Stalls and Shirley Harris Stalls. He was a 1978 graduate of Murray High School and was an avid St. Louis Cardinal Baseball fan. Most importantly, Terry loved the Lord and it was his mission to make people laugh. He was also a board member at Bridge of Hope Church in Paris, TN.

He is preceded in death by a granddaughter, Leah Sawyers.

The family will receive visitors from 5 PM-8 PM on Wednesday, January 2, 2019 at the Heritage Chapel.