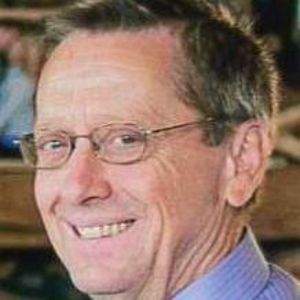 Mr. Steve Roberson, age 76, of Murray, Kentucky, drew his final breath on February 27th at 5:25 a.m. with his wife, his 3 children and their spouses, grandchildren, and a brother by his side, celebrating with him as he is on his way to be with his Lord and Savior in Heaven and to see his parents face to face once again.
Mr. Roberson retired from B.F. Goodrich after over 40 years of service. He was a member of the Glendale Road Church of Christ, where he served as a Deacon of Children's Homes, Christian Counseling and the Building Interior. He was also a member of the Semper Fi Sunday school class, participated in over 20 mission trips, and was the leader of the Relay for Life Survivors Meal for more than 15 years.
Mr. Roberson was born on March 27, 1942 in Hamilton, Alabama to the late Manley Cummings and Lillie Louise Stidham Roberson.
Steve is survived by his wife Mary Jane (Wyatt) Roberson of Murray, Kentucky, whom he married on September 22, 1961 in Warren, Michigan; one daughter, Sherri Leigh Boyd and husband David of Murray, Kentucky; two sons, Terry Lynn Roberson and wife Waynette of Paducah, Kentucky and Gary Lane Roberson and wife Amy of Murray, Kentucky; one sister, Laurie Roberson Tyra and husband John of Tuscaloosa, Alabama; three brothers, Bryce Roberson and wife Rachel of Searcy, Arkansas, Philip Roberson and wife Rosie of Laredo, Texas and Keith Roberson of Walnut Creek, California; seven grandchildren, Chris Garland of Almo, Kentucky, Aron Garland and wife Holly of Almo, Kentucky, Brandon Boyd and wife Jana of Nashville, Tennessee, Brent Boyd of Cincinnati, Ohio, Logan Roberson and wife Whitney of Boaz, Kentucky, Tanna Roberson of Murray, Kentucky and Libby Roberson of Murray, Kentucky; three great grandchildren, Hunter Garland and Addi Garland both of Almo, Kentucky and Lynlee Roberson of Boaz, Kentucky, as well as several nieces and nephews.
Funeral services will be held at 11:00 a.m. Saturday, March 2, 2019 in the chapel of the J.H. Churchill Funeral Home. John Dale, Steven Hunter and Garry Evans will officiate with burial to follow in the Murray Memorial Gardens. Visitation will be held on Friday, March 1, 2019 from 4:00 – 8:00 p.m. at the J.H. Churchill Funeral Home.
Expressions of sympathy may be made to Anna Mae Owen Residential Hospice House, 803 Poplar Street, Murray, Kentucky 42071 or Glendale Road Church of Christ Mission Fund, 1101 Glendale Road, Murray, Kentucky 42071.
Online condolences may be made at www.thejhchurchillfuneralhome.com.
Our many memories of him will become treasures to cherish and pass on to all who come along after us. He has shown us how to love our family and friends and how to be kind to others, even when their opinions are different than our own. We are so very thankful for you and all you have done. So long for now Pop, until we see each other again. We love you so very much.