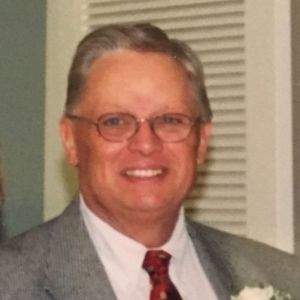 Sherrill Gargus, 74, passed from this life on Tuesday, June 13, 2017. Mr. Gargus was born on November 11, 1942 in Calloway County to the late William and Omega Gargus.
A lifelong resident of Calloway Co., Mr. Gargus was a 1960 graduate of the Murray College High School and graduated with a degree in Chemistry from Murray State University. He worked as a tire engineer at Continental General Tire, Mayfield, KY for 40+ years.
He was a lifelong farmer-operating Brookland Farms with his father-in-law (W.H. Brooks) and brother-in-law (Hamp W. Brooks).
Mr. Gargus was a devoted member of University Church of Christ, serving in the roles of both deacon and elder.
Mr. Gargus is survived by his loving wife of 56 years, Greta Brooks Gargus. They were married June 18, 1961 in Murray. Also surviving are his "three girls": Gina Claiborne and husband Danny of Murray, Kentucky, Julie Hilton and husband John of Palmyra, Indiana and Amy Rowhuff of Murray, KY. He was a proud "Pop Pop" of Wesley Brooks Claiborne and wife Heather, Kristina Brooke Rowhuff and Carrie Lee Rowhuff all of Murray, KY.
He was preceded in death by his parents, parents in law Hamp and Marguerite Brooks, and brother in law Hamp W. Brooks
Friends may join the family in gratitude and remembrance for the life of Sherrill Gargus at a service on Saturday, June 17, 2:00 p.m. at the University Church of Christ, 801 North 12th Street, Murray, Kentucky 42071. Visitation will be conducted from 11:00 to 1:00 p.m. at the Church. A private family graveside service will follow.