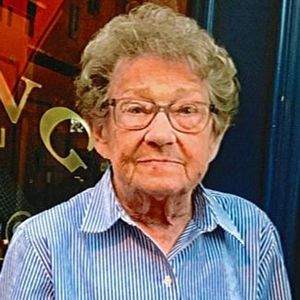 Mrs. Miller was born on August 2, 1938, in Calloway County, Kentucky to the late T.W. "Dub" Guthrie and Mildred Jesse (Cooper) Guthrie. She was a homemaker and retired from the Murray-Calloway County Hospital. Mrs. Miller was a member of the Goshen United Methodist Church.

In addition to her parents, she was preceded in death by her husband, Jerry L. Miller; one son-in-law, Danny Maynard; two brothers, Herman Guthrie and Tommy Guthrie; as well as her stepfather, Alton Ridings.

A graveside service will be held at 1:00 p.m., on Friday, February 18, 2022, at the Murray Memorial Gardens with Rev. April Arnold officiating. There will be no public visitation held.

Expressions of sympathy can be made to the Anna Mae Owen Residential Hospice House, 803 Poplar Street, Murray, Kentucky 42071.