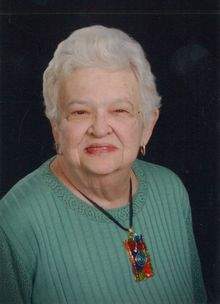 She was retired from Fern Terrace Lodge as a Dietician; She was a member of the Murray First United Methodist Church; She had taught Sunday School for several years; She was also spent many years as the wife of a farmer; She was an avid volunteer for the Calloway County Fair; Worked the concession stand at the Kirksey Ball Park for several years for the Kirksey Little League; Reba was also Co-Owner of the former Lubie and Reba's Superburger for over nineteen years.
Reba was born in Calloway County, Kentucky September 1, 1937 to the late Elvin Hoyt and Nitaree Brewer McCallon. In addition to her parents she is also preceded in death by one sister, Eva Tidwell; one brother Rob McCallon and one nephew Eric Jones.

Online condolences may be made at www.thejhchurchillfuneralhome.com.
The J.H. Churchill Funeral Home is in charge of arrangements.