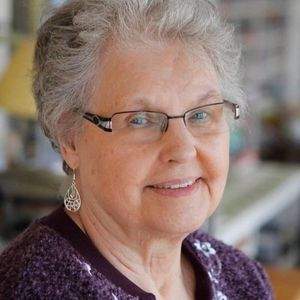 Mrs. Farley was born November 25th, 1934, in McKenzie, Tennessee. She graduated from Hazel High School and Murray State University with a degree in Education.

She was a member of Glendale Road Church of Christ where she was Sunday School coordinator for many years. In addition to that role, Mrs. Farley dedicated countless hours of service throughout her lifetime with Master Clothing Volunteers, the Theta Department of the Murray Women's Club, the Foster Care Review Board, Kentucky Retired Teacher's Association, the Murray Homemaker's Club, among many others. Mrs. Farley taught math at Murray Middle School for many years before retiring in 1996. In addition to her extensive volunteer work, she loved to watch UK Basketball, The Murray State Racers, the St. Louis Cardinals, and Jeopardy.

Funeral services will be held at J. H. Churchill Funeral Home and Cremation Services on Thursday, March 17th, 2022, at 2:00 p.m. with Steven Hunter and John Dale officiating. Burial will follow in the Murray Memorial Gardens. Visitation will be held prior to the funeral service on Thursday, March 17th, 2022, from 12:00 p.m. – 2:00 p.m. at the J.H. Churchill Funeral Home and Cremation Services.

In lieu of flowers, please consider donations to any one of Mrs. Farley's charitable causes or the Murray-Calloway County Need Line, 509 North 8th Street, Murray, Kentucky 42071.