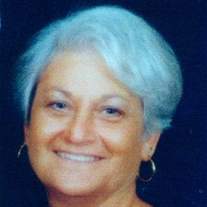 Mrs. Wallace was born on July 28, 1947 in Calloway County to the late Roy and Allie Matheny Thorn and was a member of the Dexter Church of Christ.

In addition to her parents she was preceded in death by one son, Shannon Wallace; one brother, William Thorn, and five sisters; Lucy Stalls, Lavada Thorn, Edna Fuqua, Julia Mae Fox and Rachel Montgomery.

The family of Mary Wallace will receive visitors from 5:00-9:00 PM on Tuesday, December 8, 2015 at the Imes Funeral Home, downtown Murray.

Expressions of sympathy may take the form of contributions to the Murray Calloway County Relay for Life.