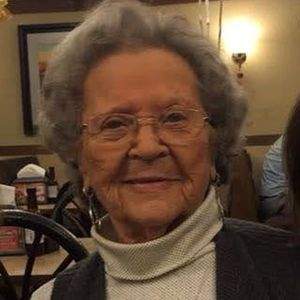 Mary Pierce Coursey, age 94, of Murray, Kentucky, passed away Friday, May 27, 2022, at the Clinton Place in Clinton, Kentucky.

Mrs. Coursey was born on December 18, 1927, in Calloway County, Kentucky, to the late Robert Jones and Veda Rose. She was a homemaker and a member of the Zion's Cause Baptist Church in Benton, Kentucky.

Private graveside services will be held for the family with burial to follow in the Murray Memorial Gardens.