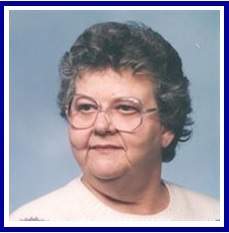 Mrs. Colson was born January 12, 1931 in Hazel, Kentucky and was a member of Heath Church of Christ. She was a graduate of Augusta Tilghman High School and attended Paducah Junior College. She worked at several different jobs over the years but the role that best defined her was as a homemaker.

Services were held 10:00 AM, Saturday, October 10, 2015 at Murray Memorial Gardens in the Bell Memorial Chapel. Martin Severns officiated. Imes Funeral Home & Crematory, downtown Murray was in charge of the arrangements.