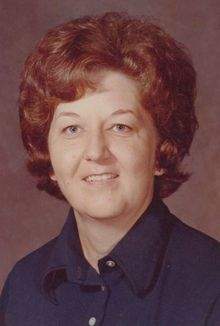 Mrs. Wilkerson was born October 12, 1936 in Lynn Grove, Kentucky to the late Dempsey and Bessie Bazzell Beane. In addition to her parents, she was preceded in death by her husband, Bobby Gene Wilkerson; also three sisters, and six brothers.

Mrs. Wilkerson was a homemaker, and a member of the Salem Baptist Church.

Online condolences can be left at www.thejhchurchillfuneralhome.com