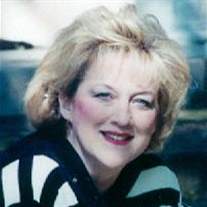 Ms. Paschall was born June 16, 1943 to the late Rudolph and Mary Lou Brown Paschall. She was a member of Lone Oak Church of Christ.

In addition to her parents, she was preceded in death by a son, Brian Hopkins and a daughter, Deborah Collier.

The funeral service for Ms. Paschall is set for 6:30 PM on Monday, June 12, 2017 at Imes Funeral Home and Crematory, downtown Murray with John Dale officiating. Burial will follow at Murray Memorial Gardens.