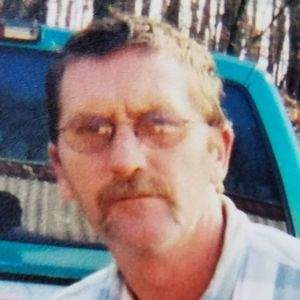 Mr. Kenneth Clark Schroader, age 58, of Almo, Kentucky died on Monday, October 9, 2017 at his home.
Mr. Schroader was born in Murray, Kentucky on January 26, 1959. He retired from the Street Department with the City of Murray and was a member of the Dexter Baptist Church.
Mr. Schroader was preceded in death by his father, J.D. Schroader, who died in 2007.
He is survived by his mother, Shirley Schroader of Murray,Kentucky ; one daughter, Chasity Hope Schroader Knowles and husband Sean of Murray, Kentucky; three sisters, Kelly Schroader Henderson of Symsonia ,Kentucky, Karolyn Schroader Mustard of Lakeland, Florida and Khristy Schroader Williams of Almo, Kentucky; one brother, Kerry Schroader of Benton, Kentucky; two grandchildren, Kaylee Morgan Croft and Titus Sebastian Knowles both of Murray, Kentucky.
Funeral services will be held on Friday, October 13, 2017 at 1:00 p.m. at the J.H. Churchill Funeral Home with Rev. Paul Bogard officiating. Burial will follow in the Murray Memorial Gardens. Visitation will be held prior to the funeral service on Friday, October 13, 2017 from 11:00 a.m. - until service hour.