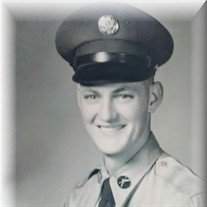 Mr. Joey Carnell Lawson, age 82 of Dexter, KY died on Tuesday, October 23, 2018, at his home. He was retired from the Peoria Sanitary District and was a member of Hardin Church of Christ. He was an avid hunter and fisherman, and member of the CB Club.

He was preceded in death by his parents, wife of 51 years, Glenda Fay (Johnston) Lawson, brother, Robert Lawson, and sister, Faye Walker.