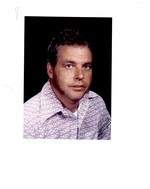 Jene E. West Sr.
The funeral for Jene E. West Sr. will be Friday at 2 p.m. in the chapel of Imes-Miller Funeral Home. Burial will follow in the Murray Memorial Gardens. Visitation will be from 5 to 8 p.m. Thursday at the funeral home. Online condolences may be made at www.imesmiller.com.
Mr. West, 69, Hardin, died Tuesday, April 14, 2009, at 4 a.m. at his home following an extended illness. Born July 26, 1939, he was the son of the late Marvin and Ruby Hixon West. One brother, James West, also preceded him in death.
Survivors include his wife, Stanlea Coates West, to whom he had been married for 48 years; one daughter, Townya Ritzie and husband, John, one son, Jene E. West Jr. and wife, Shannon, and one brother, Jesse West and wife, Doris, all of Hardin; three grandchildren, Chris West, Hardin, Jolyn Ritzie, serving with the U.S. Marines in Iraq, and Lathan Ritzie, serving with U.S. Marines in San Diego, Calif.