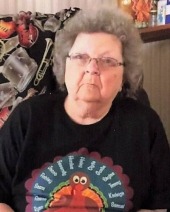 Janie was born in Kuttawa, Kentucky on October 18, 1949 to the late Charles and Gustie Henson. She retired from Briggs and Stratton after 15 years. Throughout her life, she also worked at Jakel, Druther's, MCCH, Triangle, Sportsman Lodge, Jonathan Creek and Turner Restaurant in Aurora and the KY Lake Inn. Janie was a member of Ferguson Springs Baptist Church.

She was preceded in death by her brother, Charles Henson, Jr. and her parents.

A funeral service will be at 1:00 PM on Friday, January 13, 2023 at Collier Funeral Home. Interment will follow at Murray Memorial Gardens, Murray, KY.