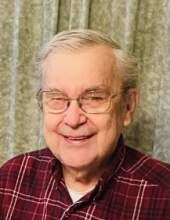 Mr. Therrien was born on March 27, 1942 in Ontario, Canada to the late Harold and Jenny Anderson Young. He retired from Mattel and was a member of Northside Baptist Church.

Harold loved life. He had a passion for music, especially playing the guitar. You would often find him customizing his model cars any way he liked. He had a great sense of humor and lived to make people laugh. He told the ultimate dad jokes. He told others that it had been a good day if he was able to put a smile on someone's face and make them laugh. More than anything, Harold loved his family, especially his grandchildren. He would forgo his own happiness to make sure his family was taken care of, secure and protected. He was a loving husband and father and will be greatly missed.

He is preceded in death by two brothers, Robert Therrien and Terry Therrien in addition to his parents.

The funeral service for Mr. Harold Therrien is set for 3 PM on Saturday, July 10, 2021 at Imes Funeral Home & Crematory, downtown Murray. Brett Miles will officiate and entombment will follow at Murray Memorial Gardens.