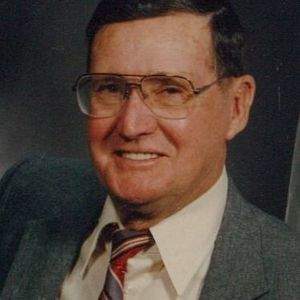 Message From The Family:
Thank you for your support during this difficult time. Please enhance this tribute to Finis by adding your memories and photos.
Mr. Finis Clinton Barrow, age 95, of Murray, Kentucky, formerly of the New Providence Community, died on Sunday, March 19, 2017 at the Murray Calloway County Hospital.
Mr. Barrow was born in Stewart County, Tennessee on July 31, 1921 to the late Henry Finis Barrow and Florence (Wofford) Barrow. Mr. Barrow was a carpenter and had worked at Tappan Manufacturing Company. He was a member of the New Providence Church of Christ and was an Army veteran of WWII.