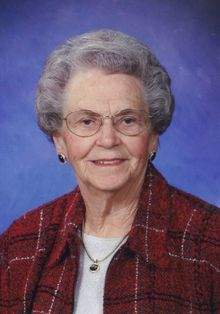 Thank you for your support during this difficult time. Please enhance this tribute to Emma by adding your memories and photos.
Mrs. Emma Jean Boggess Cooper, age 87, of Murray, Kentucky, died on Monday, November 7, 2016 at Mills Health and Rehab in Mayfield, Kentucky.
Mrs. Cooper was born in Murray, Kentucky on May 21, 1929 to the late M.V. Boggess and Irene (Pace) Boggess. Mrs. Cooper worked at Curlee Clothing in Mayfield, Kentucky and later retired as a cafeteria cook from the Murray City School System. She was a member of the Union Grove Church of Christ.
In addition to her parents, Mrs. Cooper was preceded in death by her husband, Rex Cooper, who died on January 6, 2004; step-mother, Mary Albritton Boggess; two brothers, Richard Boggess and James Sherwin "Tiny" Boggess; and one grandson, Grant Sloan.
Mrs. Cooper is survived by one daughter, Debbie Cooper Curtis and husband Delbert of Mayfield, Kentucky; one son, Ronald Cooper and wife Faye of Nashville, Tennessee; three grandchildren, Russell Cooper of Nolensville, Tennessee, Greg Sloan of Mayfield, Kentucky and Janet Cooper of Brentwood, Tennessee; as well as five great grandchildren, Anna, Gavin and Darcey Sloan and Katelyn and Lauren Cooper.
Funeral services will be held on Friday, November 11, 2016 at 1:00 p.m. at the J.H. Churchill Funeral Home with Chris King and John Dale officiating. Burial will follow in the Murray Memorial Gardens. Visitation will be held on Thursday, November 10, 2016 from 4:00 - 8:00 p.m. at the J.H. Churchill Funeral Home.
Expressions of sympathy can be made at, www.thejhchurchillfuneralhome.com