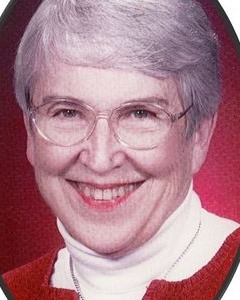 Donna was the first child of Lester and Freda Haake, and she was raised in Lincoln, Nebraska, with her brother, Kenneth, and sister, Kathryn. Donna attended Concordia Teachers College in Seward, Nebraska, where she met her love, Lloyd E. Holsten. After marrying Lloyd in 1962, they made their home in St. Louis, Missouri. Donna taught elementary grades for many years at Bethlehem Lutheran School and Zion Lutheran School, before boldly changing careers in 1982 when she went to work for the law firm of Bryan Cave McPheeters & McRoberts. She started as a legal secretary, became a legal assistant after earning a paralegal certificate and eventually moved into firm administration when she managed the firm's large team of legal secretaries in the St. Louis office. When they retired, she and Lloyd moved to western Kentucky where they enjoyed the outdoors together, whether it was fishing on Kentucky Lake or camping at his deer lease during hunting season. They also became active members of Immanuel Lutheran Church in Murray, Kentucky. After more than 41 years of marriage, Lloyd passed away in 2003, and Donna took up other hobbies (most notably quilting) and became active in many charitable endeavors. She was passionate about giving a hand up to those in need, and she was known for finding somewhere or some way to recycle/reuse just about everything. She crocheted hundreds of scarves using donated stashes of yarn and spearheaded her church's efforts on behalf of Lutheran World Relief. She also coordinated the charitable efforts of the Quilt Lovers of Murray for several years. She always took time to cheer for her beloved Nebraska Cornhuskers and St. Louis Cardinals.

Donna is survived by her daughters Terri Holsten of Lawrenceville, Georgia, and Kristi (David) Mathis of Hardin, Kentucky; her brother Kenneth (Linda) Haake of White Lake, Michigan; and her sister Kathryn (Christopher) Bell of Fairfield, Iowa.