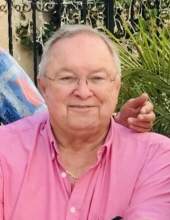 Mr. Wilhelm was born on September 22, 1940 in Ventura, CA to the late Charles and Emma Christine Hodges Wilhelm. Donald proudly served his country in the United States Navy and was a member of Murray Masonic Lodge #105, Royal Order of Eastern Star and Shriner's. After retiring as Road Supervisor from Caltrans in Ventura, he moved to Murray to watch his grandchildren grow up. He cherished his time visiting and eating lunch with friends at the Senior Citizens Center in Murray. Donald was an avid golfer and will be dearly missed by many.

Those preceding him in death include his parents and a son, Dennis Wilhelm.

The graveside service with military honors is set for 11 AM on Saturday, May 21, 2022 at Murray Memorial Gardens. Brett Miles will officiate.