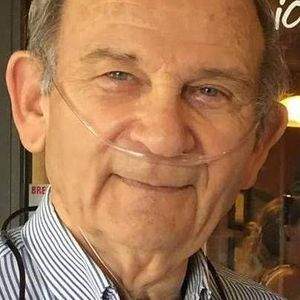 Mr. Clarence "Woody" Herndon, Jr. age 74, of Murray, Kentucky died, Wednesday, June 28, 2017 at the Murray Calloway County Hospital.
Mr. Herndon was born in Corpus Christi, Texas on April 16, 1943 to the late Clarence W. Herndon, Sr. and Katie Louise (Dawson) Herndon. Mr. Herndon was an Army Vietnam Veteran who attained the rank of Major after 11 years of active duty. After his career with the Army Mr. Herndon was employed by Westinghouse in Pittsburgh, Pennsylvania, a pilot for the Hoke Company, a pilot for the Hutson Company, and served as a pilot for Petroleum Helicopter Incorporated. He later retired from the Kentucky Community and Technical College System after 15 years of service. He was a member of the University Church of Christ, a member of the American Legion and the Pi Kappa Alpha Fraternity.
In addition to his parents Mr. Herndon was preceded in death by a son, Roger Herndon, who died in 1991.
Survivors include his wife, Donna Ruth Herndon of Murray, to whom he was married on January 31, 1963 in Murray, Kentucky; one daughter, Melissa Graves of Drake, North Dakota; two sisters, Nancy Whittaker and husband Dennis of Tuscaloosa, Alabama and Elizabeth Herndon and husband Loyren Americanhorse of Murray, Kentucky; one brother, Bob Herndon and wife Jen of Newburgh, Indiana; three grandchildren; Aimee Graves, Nathan Graves and Roger Graves all of Murray; a brother-in-law, Dr. Ed Grogan and wife Carolyn of Paducah, Kentucky; as well as several nieces, nephews and extended family.
Funeral services will be held on Saturday, July 1, 2017 at the University Church of Christ in Murray, Kentucky with Charley Bazzell and John Dale officiating. Burial will follow at the Murray Memorial Gardens with full military honors provided by the American Legion, Post #73. Visitation will be held on Friday, June 30, 2017 at the J.H. Churchill Funeral Home from 4:00 - 8:00 p.m. There will also be a visitation on Saturday, July 1, 2017 from 9:00 a.m. until funeral hour at the University Church of Christ.
Expressions of sympathy can be made to the Anna Mae Owen Residential Hospice House, 803 Poplar Street, Murray, Kentucky 42071 or to the Angels Community Clinic, 1005 Poplar Street, Murray, Kentucky 42071 or to a local charity of choice.