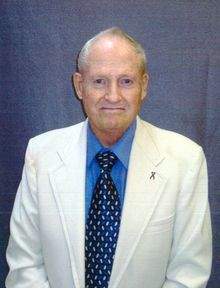 Mr. Miller was born in Calloway County, Kentucky on February 2, 1929 to the late Autry Miller and Frocie (Howard) Miller. Mr. Miller was employed with Tappan Manufacturing, the Murray Division and later retired from Mattel in Murray, Kentucky. He was a member of the First Presbyterian Church of Murray, a lifetime member of the V.F.W. and the American Legion. Mr. Miller was an Airforce veteran of the Korean War.

In addition to his parents Mr. Miller was preceded in death by his wife, Anna Miller, who died in 2006.
Mr. Miller is survived by one daughter, Tina Bledsoe and husband Skip of Cedar Park, Texas; one son, Charles Steven Miller and wife Debbie of Franklin, Tennessee; two sisters, Dulcie Thweatt of Burlington, Kentucky and Peggy Smith and husband Bobby Joe of Murray, Kentucky; two grandchildren, Sonja Miller Reese of Springhill, Tennessee and Chad Miller of Nashville, Tennessee; one step grandchild, Brett Bledsoe of Fort Leonardwood, Missouri; as well as five great grandchildren.

Online condolences can be made at, www.thejhchurchillfuneralhome.com