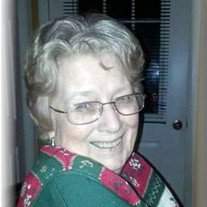 Betty Smith Warren, our sweet mother, died of a heart attack August 1. The staff at Lourdes Hospital made every effort to save her, but it was her time. She was 88 years old as of April 4.
Born in Hardin, KY in 1931, she grew up the daughter of Robert Kellow Black, owner of the local feed mill, and Lois Edna Thompson Black, teacher and seamstress. She grew up along side her younger brother, Robert Daniel Black, roller skating, bike riding and playing in Wades Creek. As a teenager, Betty began working at the Bank of Marshall County. She attended Murray State University.
After marrying Bobby Gene Smith, also of Hardin, KY, they moved to Barstow, CA while Bobby Smith served in the Marine Corp during the Korean War. Betty took a job as a teller at The Bank of America there where everyone asked her, much to her dismay, what part of Texas she was from because of her Kentucky accent. She was amazed by the powerful security forces that came in weekly from Las Vegas to collect all the silver dollars from the slot machines Southern California folks had stopped off to change into dollar bills. Many years later, Betty Smith and her daughter, Luanne Smith vacationed in Las Vegas and took a day trip to Barstow. She was thrilled to find the little cinder block house she and Bobby had shared still standing and still occupied.
Betty and Bobby Smith returned to Hardin after Bobby’s discharge. They would also live in Metropolis, IL, Robards, KY in Henderson County, and then Paducah, KY. In 1955, while in Metropolis, Roger David Smith joined the family, and in 1960, their daughter, Luanne Smith, was born.
In 1971, Betty Smith started working at Citizen’s Bank, first in the Note Department, then in the Safe Deposit Department. She retired from Citizen’s/US Bank after several decades there. When off work, Bobby and Betty and family camped at Kentucky Lake or Lake Barkley as much as possible. Time at the lake was a favorite activity, and Betty much preferred the pontoon boat they bought to the small ski boats that came before.
Bobby Smith passed away in 2003, and Betty remarried a few years later at age 79 to Joseph F. Warren of Paducah, KY. Joe also grew up in Hardin and had known Bobby and Betty his whole life. Before their first date, Betty emailed her grown children to ask if they were okay with her dating Joe, and she accidently sent the email to all of her friends and contacts and ended up getting permission from everyone she knew.
Betty and Joseph F. Warren’s marriage added a huge, wonderful step family to the Smith clan, and the two families merged and have become one loving group. Betty and Joseph travelled as often as they could, mall walked, and enjoyed each other and their life together.
Like her mother before her, Betty Smith-Warren loved to read, laugh and she became the matriarch of the Smith and Black family. She spoke often with her niece, Dana Black, and her nephew, Robert Grant Black and his wife, Patsy, all still in Hardin, KY.
Betty Jean Smith-Warren was preceded in death by her beloved brother, Robert Daniel Black, and her first husband of 54 years, Bobby Gene Smith. She is survived by her son, Roger David Smith of Paducah, KY, and her daughter, Luanne Smith and son-in-law, Paul F. Kanevsky of Millville, NJ, her dear second husband, Joseph F. Warren of Paducah, KY, his family, and her nieces and nephews, their children and grand-children. She was a funny, caring, wonderful mother, aunt and friend, and she will be missed by many.

Funeral services will be held at 11:00 am on Wednesday, August 7, 2019 at Collier Funeral Home, located at 211 West 5th st., Benton, KY 42025, with Rev. Richard Burkeen will officiate the services.
Interment will follow at Murray Memorial Gardens.
Visitation will be held from 5:00 pm until 8:00 pm on Tuesday, August 6, 2019 at Collier Funeral Home.